Famous the world over for its university, Cambridge lays claim to having one of the highest concentrations of preserved historic buildings anywhere in England

Founded in 1441 by Henry VI and the earliest of the royal foundations, King’s College is worth visiting for the huge expanse of lawn extending down to the river and King’s Bridge. Here, you’ll enjoy lovely views of the Backs, the various college grounds along the riverside. Distinguished alumni include writer Horace Walpole, poet Rupert Brooke, and economist Lord Keynes.
A must-see here is King’s College Chapel. Renowned for its 12-bay perpendicular-style interior, as well as its breathtaking fan vaulting by John Wastell (1515), it’s a must-see in Cambridge.
Also worth checking out: the lovely tracery on the windows and walls; the spectacular 16th-century stained-glass windows; the lavishly carved 16th-century wooden organ screen and choir stalls; and the altarpiece, Rubens’ Adoration of the Magi (1634).
Address: King’s Parade, Cambridge

Queens’ College and the Mathematical Bridge

Founded in 1448 by Andrew Dockett under the patronage of Margaret of Anjou, wife of Henry VI, Queens’ College was refounded in 1465 by Elizabeth Woodville, wife of Edward IV. It has the most complete medieval buildings of all Cambridge’s colleges, including the magnificent gateway leading to the red brick First Court, dating from the period of foundation.

Other Queens’ College sites to visit include the wooden Mathematical Bridge. This 1902 reconstruction leads over the Cam to the lovely college gardens, and is so called because it was built without nails, relying for its strength on meticulous calculation.

Also worth seeing are Cloister Court (1460) with the President’s Lodge — a handsome half-timbered building — and Pump Court with the Erasmus Tower above the rooms, occupied by Erasmus when he taught Greek here (1511-1514).

Covering an area of some 40 acres, a visit to Cambridge University Botanic Garden is a must-do for gardening enthusiasts. Established in 1831, the garden showcases an impressive collection of more than 8,000 species of plants from across the globe.

Be sure to spend time wandering through the garden’s many glasshouses and trails, something that can be done as part of a guided tour (free on Sundays). Afterwards, visit the Garden Café and Botanic Garden Shop.

Be sure to check out their website for news of upcoming events and festivals.

Great St. Mary’s Church and the Round Church

Great St. Mary’s Church is both a parish and university church. Built in the 15th century, it has a fine interior, its galleries being added in 1739 at a time when university sermons, given by great scholars, attracted huge congregations. The tower, erected in 1608, is famous for its views over Cambridge.

Also worth a visit is Little St. Mary’s. Known as St. Mary the Less, this Anglican parish church is famous for its many fine stained-glass windows.

Better known as the Round Church, the Church of the Holy Sepulchre is one of only four Norman round churches left in England. Built in 1131, its rectangular chancel was added in the 15th century.

Another important church, the Gothic Revival Church of Our Lady and the English Martyrs — one of the largest Roman Catholic churches in Britain — was built in 1885 and houses a rare statue of the Virgin Mary.

Established in 1546 by Henry VIII, Trinity College was created by the merger of several older colleges, including Michaelhouse and King’s Hall. Beyond King Edward’s Gate (1418), parts of the old King’s Hall buildings are still identifiable.

Trinity Great Court is the largest court in Cambridge and was laid out around 1600. A passage leads into Nevile’s Court (1614), with its chapel and statues of distinguished scholars. Wren’s Library, designed by famed architect Sir Christopher Wren and added later, is notable for its old oak bookcases and fine lime woodcarvings.

From New Court, or King’s Court, take the bridge over the Cam for its beautiful view of the Backs. A magnificent avenue of limes leads to the College Grounds.

The most famous museum in Cambridge, The Fitzwilliam should be included on everyone’s must-see list of tourist attractions. This masterpiece of architecture contains a magnificent collection of English pottery and china, as well as Greek, Roman, and Egyptian antiquities, and illuminated manuscripts.

The exceptionally fine gallery has works by Hogarth, Gainsborough, and Turner, as well as Impressionists and Dutch Masters of the Baroque including Rembrandt, Van Dyck, and Rubens. There’s also a great café on-site, along with a gift shop.

Although built in the 12th century, Anglesey Abbey was refurbished in 1926 and came to be known as a house of fine art and furnishings. Now a National Trust property, this spectacular home contains numerous tapestries by the likes of Gobelin, Soho, and Anglesey. There’s also an art collection featuring Constable’s The Opening of Waterloo Bridge.

Be sure to spend time enjoying the surrounding gardens and 114 acres of parkland. These impressive grounds include the Wildlife Discovery Area, where younger visitors can watch birds and bugs in their natural habitats, and the Lime Tree Lookout. Afterwards, visit the historic water mill — the Lode Mill — to watch the grindstones do their job. Be sure to check this attraction’s website for news of special events.

Museum of Archaeology and Anthropology

Developed by Cambridge University in 1884, the Museum of Archaeology and Anthropology holds an important collection of prehistoric material and artifacts dealing with social anthropology. Collections have been gathered from around the world and include pieces from Africa and the Orient, with a focus on the visual and classical arts.

Of particular note is the Pacific collection, taken mainly from Cook’s explorations, and other research projects made by notable British anthropologists. Regular educational programs for kids and adults are held throughout the year (check their website for details).

Be sure to also visit the Sedgwick Museum of Earth Sciences, too. This fascinating museum houses the university’s geology collection, including some two million minerals, rocks, and fossils. Highlights include numerous meteorite specimens, as well as the Beagle Collection consisting of fossils and rocks gathered by Charles Darwin between 1831 and 1836. The museum also offers a wide variety of family activities and kids’ programs.

Also of interest is the newly refurbished University Museum of Zoology. Highlights of this recently renovated Cambridge attraction include a large collection of scientifically important zoological material.

The oldest (and also one of the smallest) of Cambridge’s colleges, Peterhouse was founded in 1284. Its historic hall and storeroom on the south side of Old Court are the earliest of the original 13th-century buildings. Among those who studied here were Cardinal Beaufort, chemist Henry Cavendish, and poet Thomas Gray.

Be sure to also check out the Peterhouse Chapel, a focal point of the college for more than 700 years. Worth seeing are the stained-glass windows (imported from Munich in the 1850s) and the 17th-century altar window. For a truly memorable experience, enquire about Peterhouse’s summer accommodation rentals.

Corpus Christi College was founded in 1352 “by the townspeople for the townspeople.” Its oldest section, Old Court, dates back to 1377, although it has since been restored.Notable features include the library, which contains many valuable manuscripts collected by Matthew Parker, Archbishop of Canterbury (1550).

Also worth noting is the adjoining St. Benet’s Church, which was the original college chapel and is notable for its late Saxon tower.

Dramatists Christopher Marlowe (1564-93) and John Fletcher (1579-1625)are among the best-known alumni of the college. The college is available for summer accommodations and has become popular for events such as weddings. 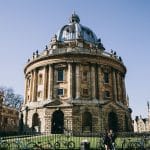 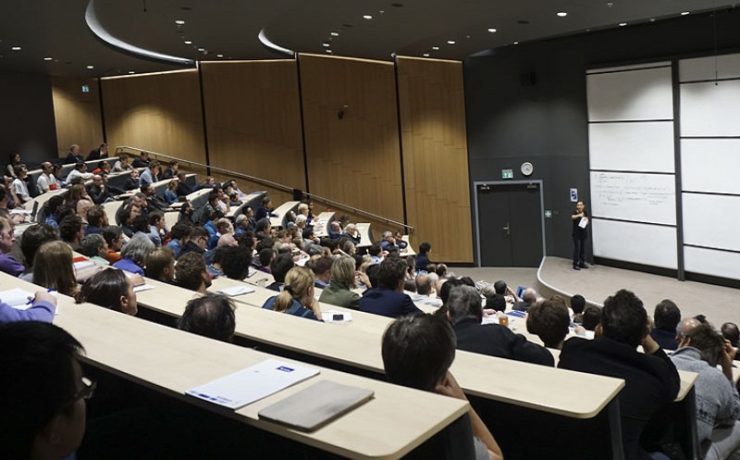